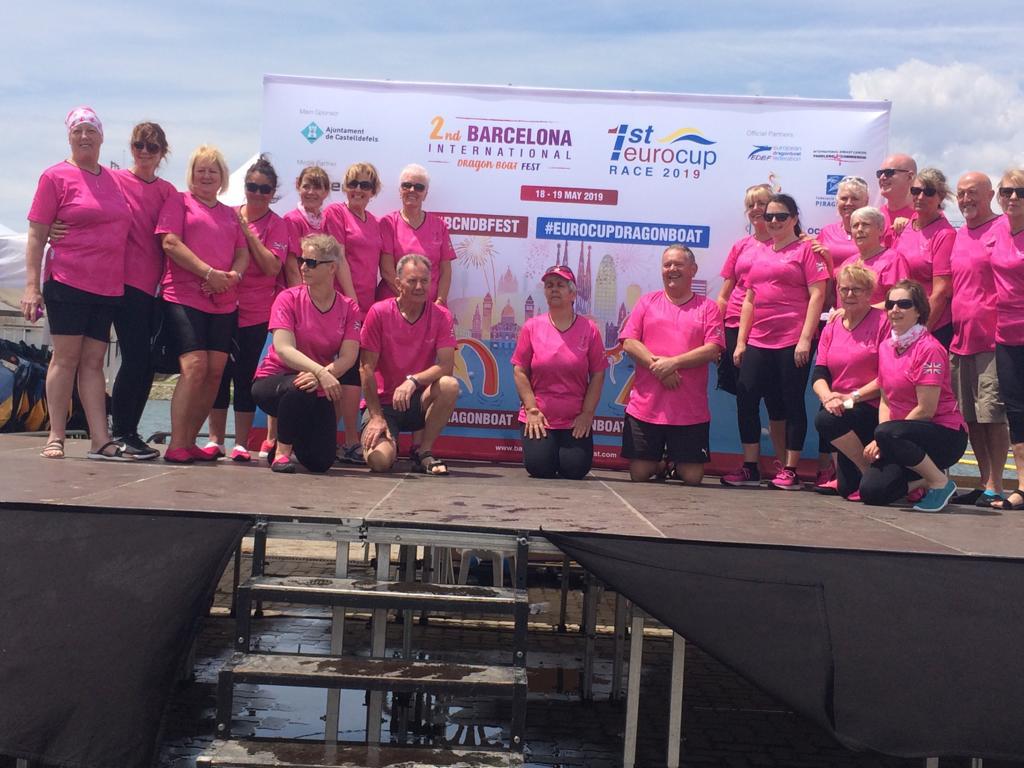 Home » Pool of Life show their strength in Barcelona, 2019 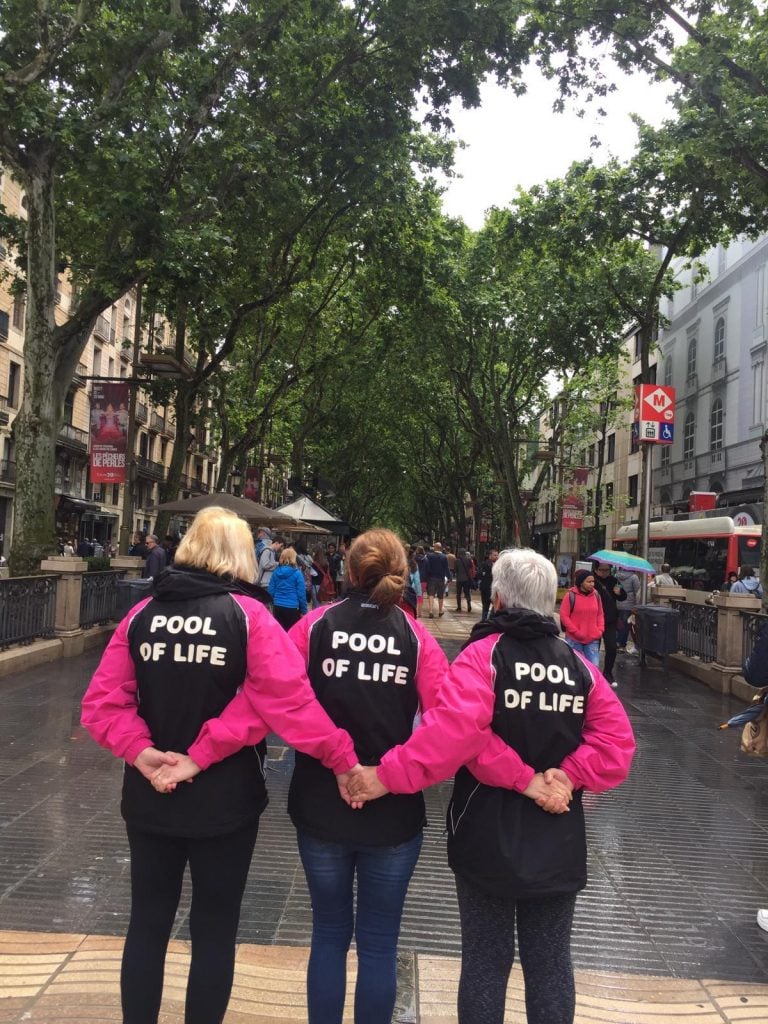 Pool of Life joined dragon boat racing teams from around the world at the second Barcelona International Dragon Boat Festival in May. Held at the Canal Olimpic de Catalunya, built especially for the 1992 Olympic Games (and just a short train ride from the centre of Barcelona) it was a privilege to be paddling in such a prestigious and beautiful location, with some amazing ladies and gents. 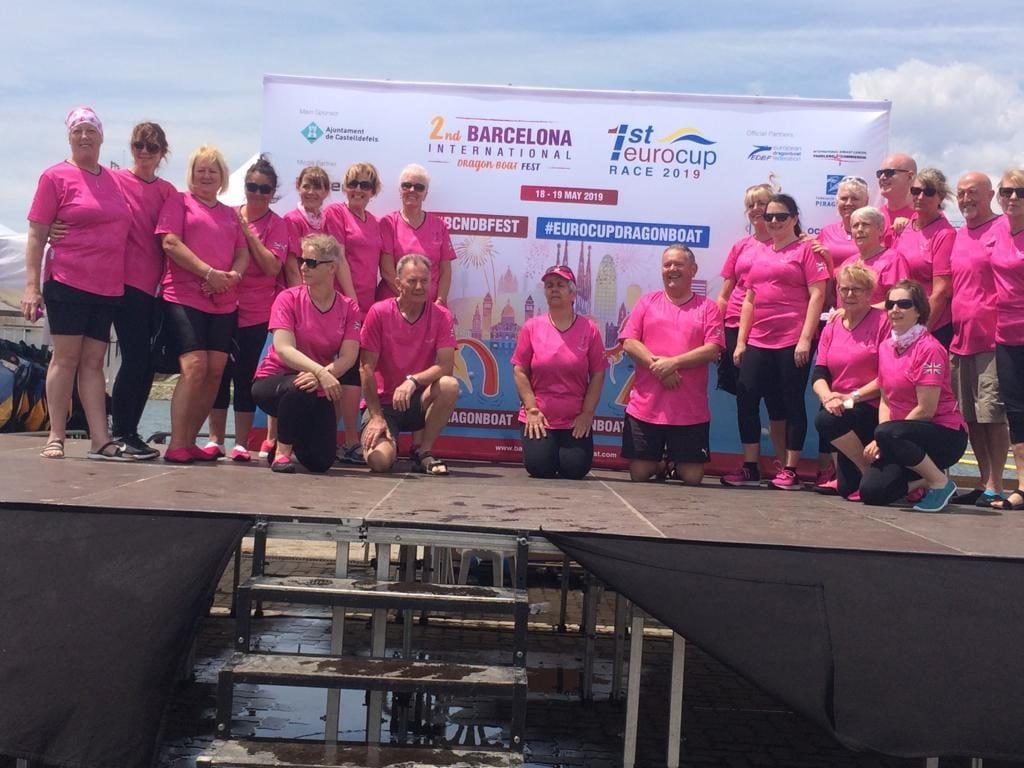 Teams of breast cancer survivors, and not, raced side-by-side in the weekend-long event which saw competitors from Spain, Austria, Israel, USA, Germany, Argentina, Switzerland and UK, to name a few. It was so lovely to be all together to enjoy the wonderful sights and sounds of an international dragon boat regatta and Pool of Life supporters, many of whom have held our hands every step of the way through our cancer journeys, had the opportunity to race with us too. All adding to the emotion and excitement of the occasion. 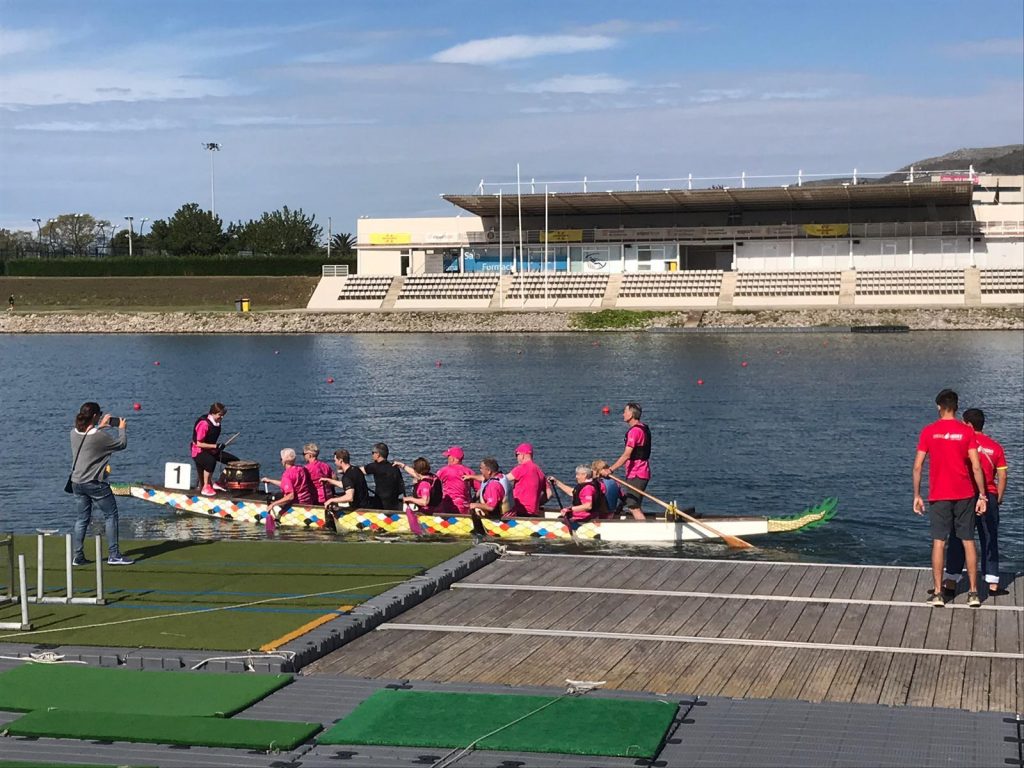 Entering two teams, one ladies only and one open/mixed, we competed in four races over two days. Saturday we paddled hard, especially as we were racing against non-BCS teams, and we did ourselves proud, watching later with awe as the ‘hamburgers’ from Germany and Vienna Police teams battled for pole position. Sunday was the ‘Paddle Against Cancer’ event for breast cancer survivors only. Our two Pool of Life teams gave everything they had, cheering each other on at every opportunity and as teams came off the water, others made celebratory arches for them to run through and there were more cheers and high-fives than I’ve ever witnessed before! So much fun and solidarity. It was incredible. With music and dancing between races, renditions of ‘I Will Survive’ and ‘Alive’ rung out! But one of the most moving moments of all was seeing our wonderful Caroline, who’s currently having chemotherapy, giving her all, paddling the full 200 meters. Astonishing! And as a reward for such dedication, both teams achieved places in finals – the ladies’ team WINNING their B final and the mixed/open team finishing just .7 of a second off a medal in the A final. 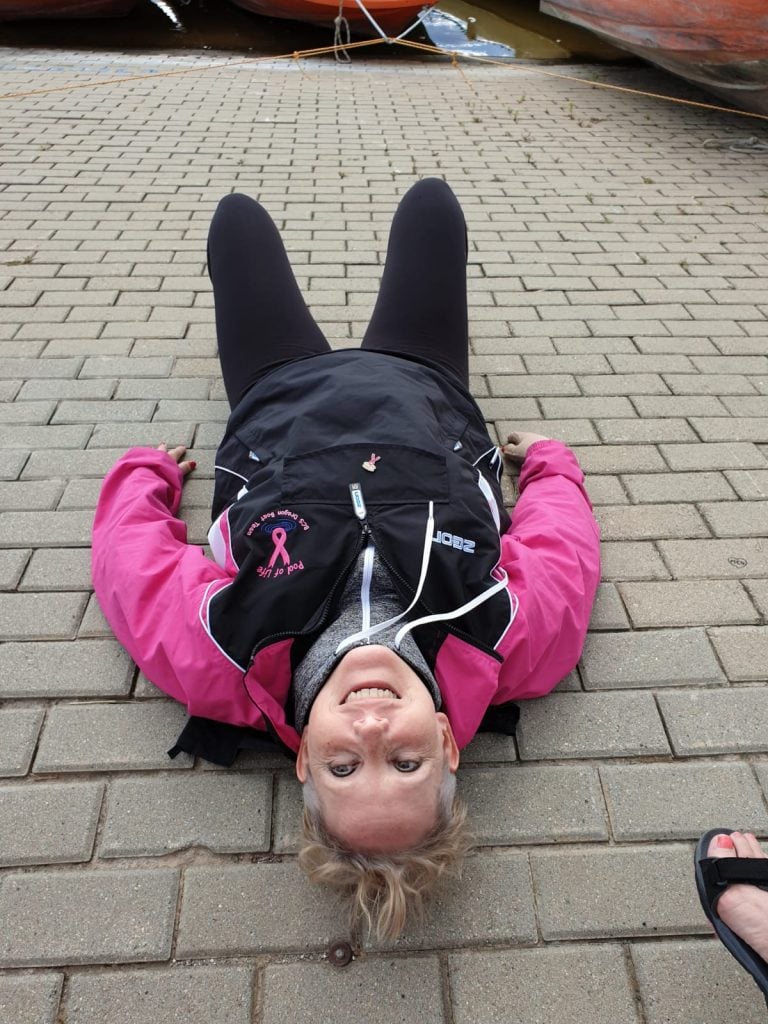 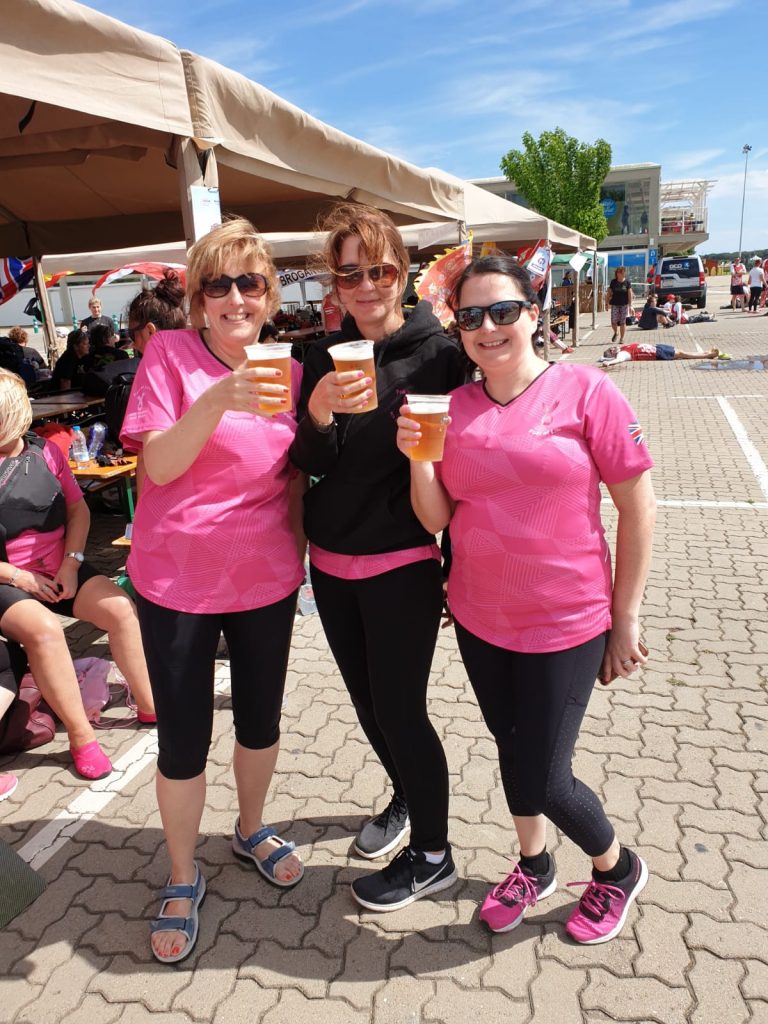 Races complete, the flower ceremony heralded the conclusion of the event, and as music played, pink carnations were gently placed into the water in memory of those lost, but who are always with us in spirit. A long round of applause followed. It was beautifully emotional, as we especially remembered our dear friend Linda, a valued member of Pool of Life who passed away last November. Linda’s husband Colyn regularly joins us on the water, and he was there, waterside, with his son, Christopher, as we paid tribute. 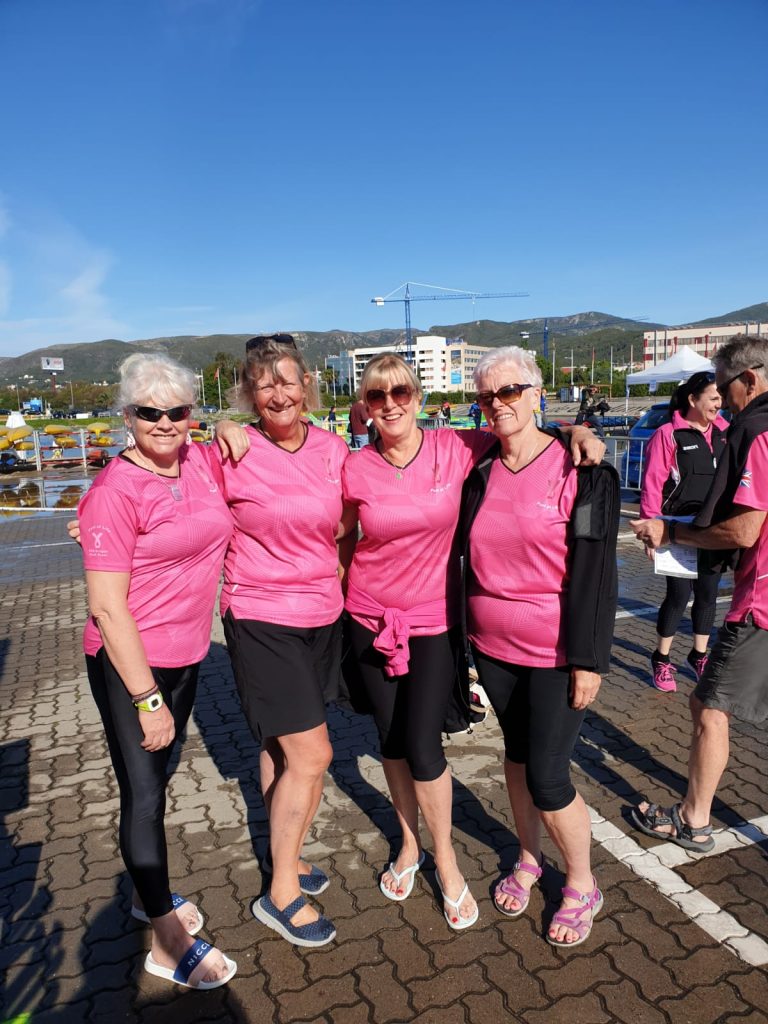 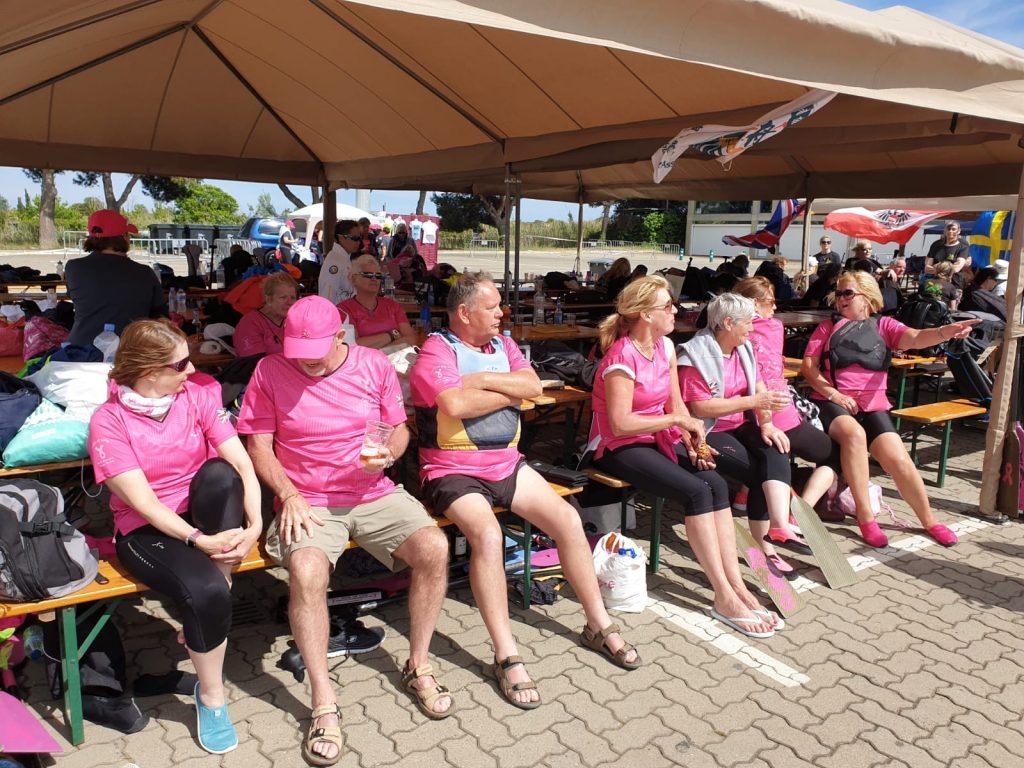 The weather may well have been mixed all weekend, the sunshine often replaced by heavy rain and even a hail storm! But our spirits were never dampened. Gathering for a weekend of competition, contemplation and celebration warmed all our hearts as much as the Spanish sunshine, pints of beer and great big G&Ts! As a first-timer, I can’t imagine a better way to spend a weekend. Thank you to all those involved. To our helms, coaches, paddlers, supporters. It was a real honour. Thank you and here’s to the next one! 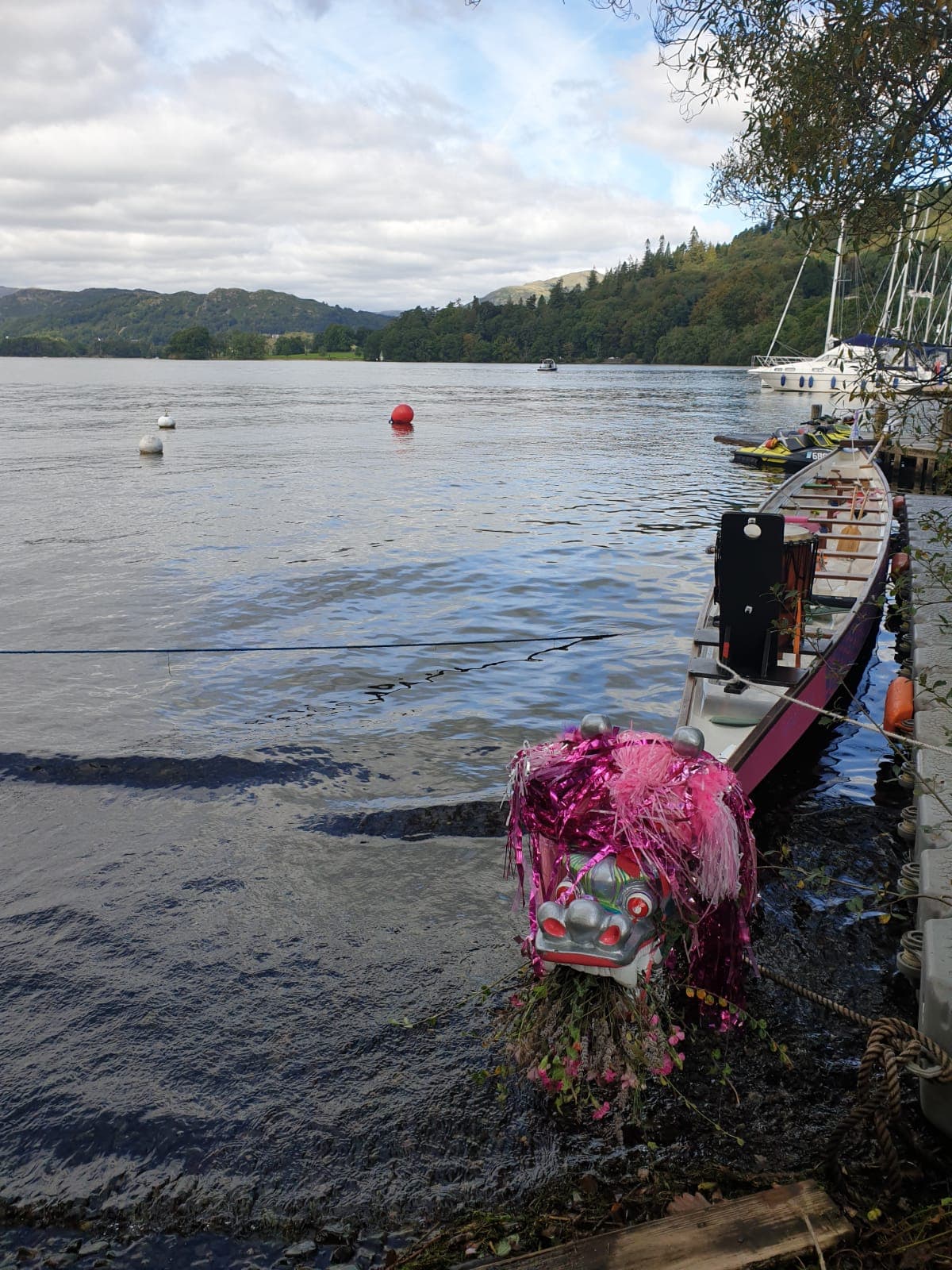 We had a fantastic day training with our friends at Paddlers for Life, at Windermere. We are joining forces with them to […] 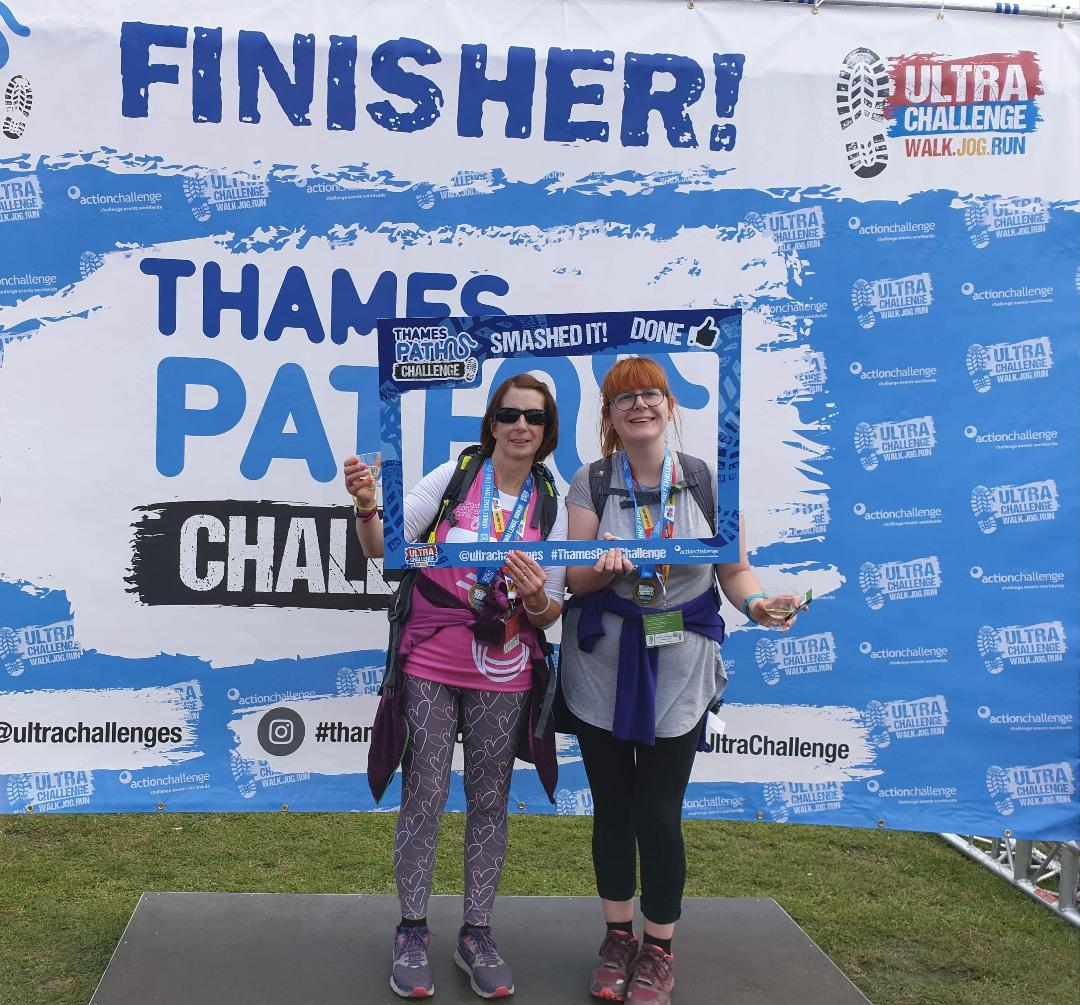 Thames Path Challenge, 2019, in memory of Jo Heath and Sue Banner After a fabulous weekend in and around London on September […] 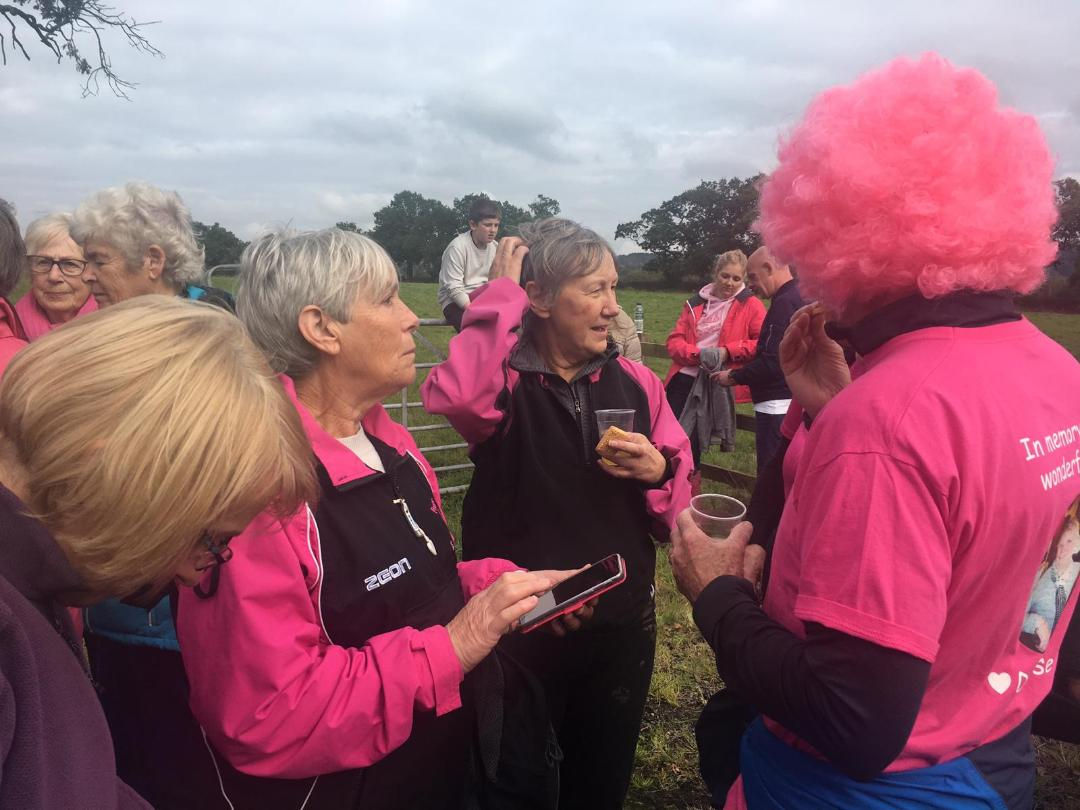 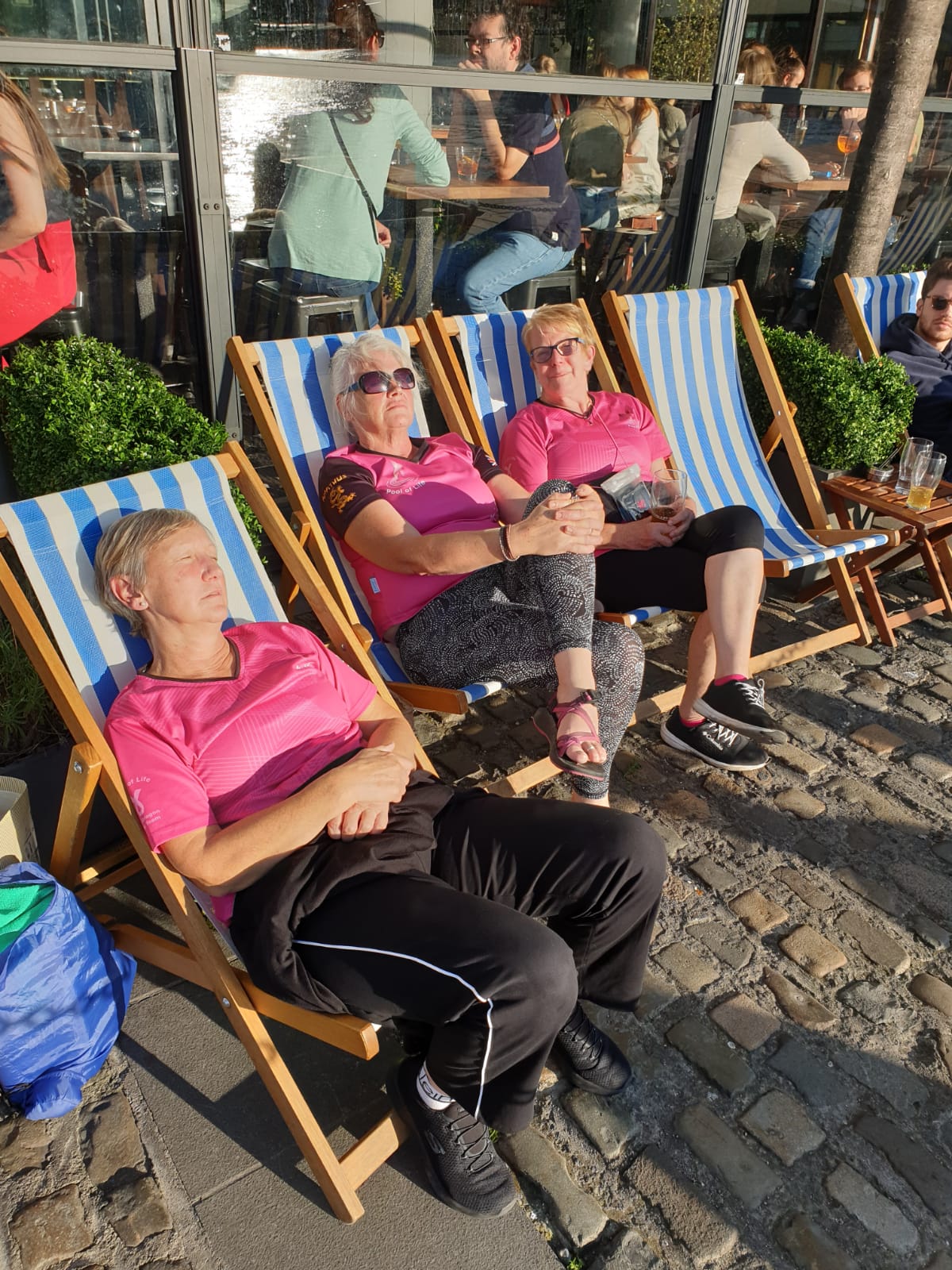